Testing is critical to understanding the needs of your customer. Tests can be simple, like asking your users to choose between different task flows on an app. Or they can be complex, like telling an entire country they will no longer be able to use a credit card on your site, then seeing what people there do about it. That second test, if we can believe an article from Quartz, is what Amazon UK is currently doing in a game of chicken with Visa about credit card fees.

If the article’s assertion is accurate—and I have no insight into whether it is—one thing is certain: it’s an example of user testing at a massive scale that is, in some ways, awe-inspiring. 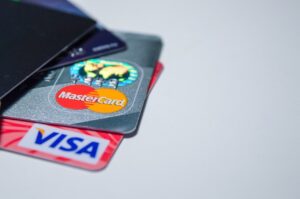 First, some background on what’s going on: In November, Amazon announced it would stop accepting Visa credit cards as of today, Jan. 19. Its reason: every credit card transaction costs money, and the interchange fees Visa charges—1.5% in the UK to the credit card merchant’s bank, as opposed to a legal cap of 0.3% in the EU—were, from Amazon’s point of view, too high.

“The cost of accepting card payments continues to be an obstacle for businesses striving to provide the best prices for customers,” an Amazon spokesperson told Bloomberg News.

According to The Verge, MasterCard raised its fees in the UK to the exact same amount, yet Amazon has not taken the same stance against that card issuer.

Why? The data may be the answer. Maybe. If we accept this whole episode as a giant test, think about the data they had access to and what Amazon’s data scientists could interpret from user behavior:

Finally, after crunching all of the data and getting the answers they needed, Amazon changed its mind. Perhaps not enough UK citizens bothered to change their default credit card settings. Maybe they got too much negative feedback. Or Amazon UK simply decided they had made a statement and could go back to business as usual. Regardless, on January 18, one day before they were supposed to flip the switch, Amazon announced they would continue to accept Visa credit cards after all.

So how can we use this case as a way to be more creative about testing?

Any user test will have different quantitative and qualitative aspects to it. Both are incredibly important, and both should lead to stronger, easier-to-use products that can be inclusive of everyone. That’s why testing, at scale when possible, is so important! If we talk only to ourselves, we build only for ourselves. And that seriously limits anyone’s potential.

Give us a minute, we’ll elevate your personal brand