I had the opportunity this week to participate in a Design Swarm as a part of the Seattle Interactive Conference. A design swarm consists of multiple groups of people, many of whom previously didn’t know each other, come together, in an environment of controlled chaos, to solve a problem. Hopefully, as was the case here, the problem seeks a solution that makes the world a better place. Regardless, the process bring many minds together to create a solution where one person could never provide so much insight.

MSR, based here in Seattle, has long been known for its camping stoves, water filters, and even snowshoes. At some point someone realized that the gear they’ve designed for back-country use could also help people with little to no access to clean water. As the World Health Organization has reported, of the 1.5 million deaths per year from diarrhea—a condition that should easily be avoidable—roughly 360,000 are children. 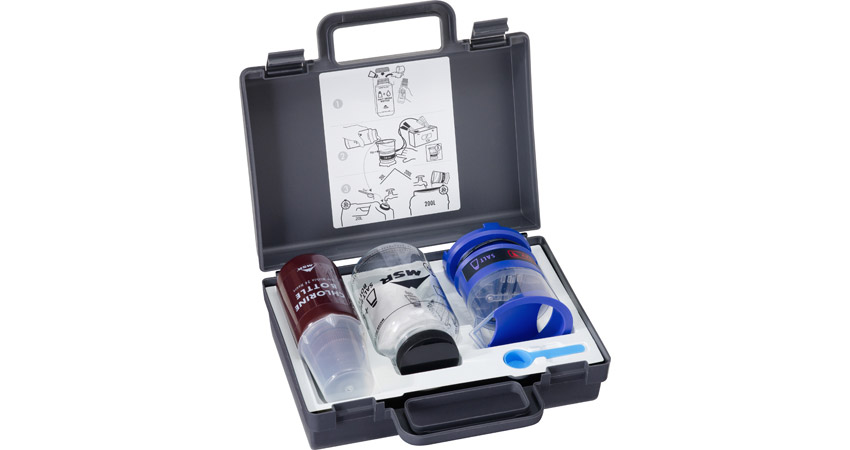 Cascade Designs, owners of MSR, therefore established MSR Global Health, and a product called the Community Chlorine Maker that can be distributed to communities around the world. Chlorine, as we learned, kills the majority of bacteria in water and makes it safe to drink.

MSR is committed to distributing these chlorine makers to villages and communities across the world. The maker consists of a machine that connects to a motorcycle or car battery with a jar that turns water and salt into a chlorine solution—that’s the real innovation of this product—plus a pill-bottle-shaped container that holds the finished chlorine, a package of salt, and disposable strips that test for contamination levels.

Several hundred, in fact, have been distributed across Haiti in the aftermath of Hurricane Matthew earlier this month.

MSR faces several challenges in distributing what could be life changing for community health across the globe:

·     Understanding of the product

·     Understanding of what clean water is, and why it’s important

·     Getting the devices to the small communities they’re intended for

Our mission, as we chose to accept it, was to come up with some way to answer this challenge.

The Swarm organizers confined all seven groups to a small space, each with our own table and plenty of Post-its, markers and sketch paper. Our leader, Surya Vanka, explained the situation, then introduced subject-matter experts from MSR, WorldVision, and other NGOs, who would circulate through and answer questions as we sought further information. He then pushed us through multiple phases:

3.    Create personas to put faces to the problem

6.    Establish how a final solution would work

7.    Build the story of how we bring our solution to fruition

He then left us to our own devices in half-hour chunks, dispensing further information in between to help us move forward. Despite this being a competition, Surya also allotted time for us to move between groups and encouraged us to beg, borrow and steal anything and everything from other participants’ imaginations.

The path to our solution

Team Osmosis, as we called ourselves, consisted of seven of us from different backgrounds but similar skillsets. Interestingly enough, nearly all of us had a history in user experience or research.

Our thinking ultimately coalesced around two big ideas: bottom-up education to promote adoption of the product, and utilization of existing infrastructure to deliver and replenish the chlorine maker and its accessories such as salt and testing strips.

But we had to settle on one, so we opted for education.

Once we’d settled on education—and it was a difficult choice, because we left a lot of good ideas on the table—we then had to decide who should be educated and how. We operated on the premise that communities have access to the chlorine maker, but they needed to be convinced to use them. We wanted to be sensitive to the idea that villagers have no reason to trust some Americans who swoop in and tell them how to live their lives.

At the end of six hours of iteration, here’s what we came up with:

NGOs or religious groups distribute sets of educational cards about water use to teachers, who use them as a jumping-off point to engage what we called a youth-generated curriculum. The students can use these cards to create games that tell stories of how contaminated water affects their families and communities, then come up with solutions to make sure they use clean water for drinking and sanitation. They then have a community celebration that brings this knowledge to families so it can trickle up and be adopted more widely. At the same time, however, these kids would pass this knowledge down to create a culture of clean water.

After all seven groups presented, the five judges deliberated, and while word is they liked our idea, it didn’t feel fully baked enough.

But on day two we came back. Over the course of just a couple more hours, and with a smaller group (some groups didn’t even return for the second day), we refined the idea, tightened the story, and came up with this:

And on day two, where conference staff drew in attendees to award the people’s choice, Team Osmosis won! We walk away with a nice award, but MSR Global Health now has seven actionable ideas they can take to communities across the world. If a room of fifty has a hand in saving even a few lives, that’s huge.

Joel Magalnick is the founder of The Refined Story, a consulting practice that focuses on helping companies grab of hold of their editorial potential. Find him online at www.refinedstory.com.

For another view of the competition, check out Andy Silber’s post at A Silber Lining.